I guess we must have all had them, spotting/photography trips that are memorable for all the wrong reasons - that special you were hoping for not turning up, unforecast bad weather, etc., a multitude of reasons can make a promising trip descend into a situation where you really wish you hadn't bothered.
I've had a couple of pretty rubbish trips but the worst was back in April 2016 when I went to Birmingham and Dublin. The drive up from London to Birmingham on the Friday evening after work was bad enough, dreadful traffic, driving rain and poor visibility made me wish I was actually heading back home to the Isle of Wight than heading north, particularly since I was in south London for two weeks for work, but had already been away for three weeks in Australia (I'd had a grand total of three days at home).
The hotel I booked in Birmingham, while not a complete hole, was something of a cross between university halls of residence and accommodations in Prisoner Cell Block H - what sort of hotel doesn't even have a bar...? That said it was easy to locate just off the M5.
The next day in Dublin I got both frozen stiff and bored stiff. I didn't get that many usable photos, due to a ridiculous combination of heat haze and highly variable (mostly bad) light and one of my camera bodies, a Nikon D750, locked up and refused to work because the shutter failed. In the end I cut my losses and went back to the airport for my Ryanair flight back to Birmingham as, at that point, a pint or three of Guinness was more appealing than freezing my bits off in the company of litter, dumped white goods and dead rats.
Worse, however, was to come. The following day I stopped off in the ASDA car park at Halesowen to get something to eat before heading to the airport for some photography and then the drive back down to London to work. As I backed out of the space in the car park, I managed to hit my car on a steel girder and do considerable damage to the front end (long story short, my car needed a whole new front end, including headlights and windscreen washer, and my insurance premium doubled overnight). Once I got to the airport, with a patched up car, my Nikon D750, which had resumed working, failed again and the heavens also opened so I called it a day and departed back to south London. To say I was extremely pissed off with it all is an understatement.
That was one to forget. 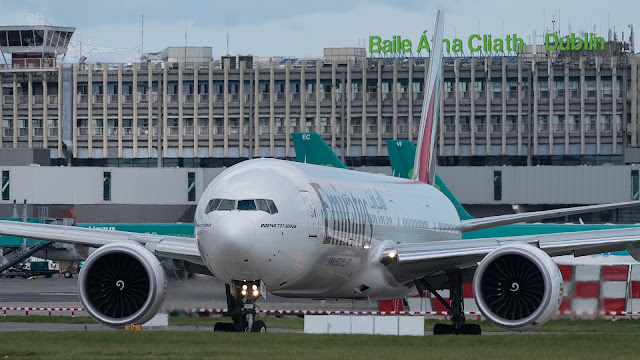